All the lots on cambiaste.com

“My solution for this small home was a reversible play on inlays and visions so that when you look from the living room towards the bedroom, through doors and windows, everything seems to be made in Ferrarese root wood “à la Ponti” (naturalistic fantasy) and when you look the opposite way (from the bedroom towards the living room) everything is covered in Fornasetti’s prints. The colours? A yellow carpet lines the whole floor surface and all the color plays in the printed parts and patterns are juxtaposed against this ‘pedal note’.” These are the words written by Gio Ponti in Domus in 1951, the same year in which he finished designing the furnishings for the Casa Lucano apartment, later renamed as Casa di Fantasia. This apartment in the heart of Milan is one of the brilliant designer’s most significant pieces, a success that is also owed to the architect’s collaboration and synergy with great artists and craft masters such as Piero Fornasetti, Giordano Chiesa, Edina Altara, Fausto Melotti. 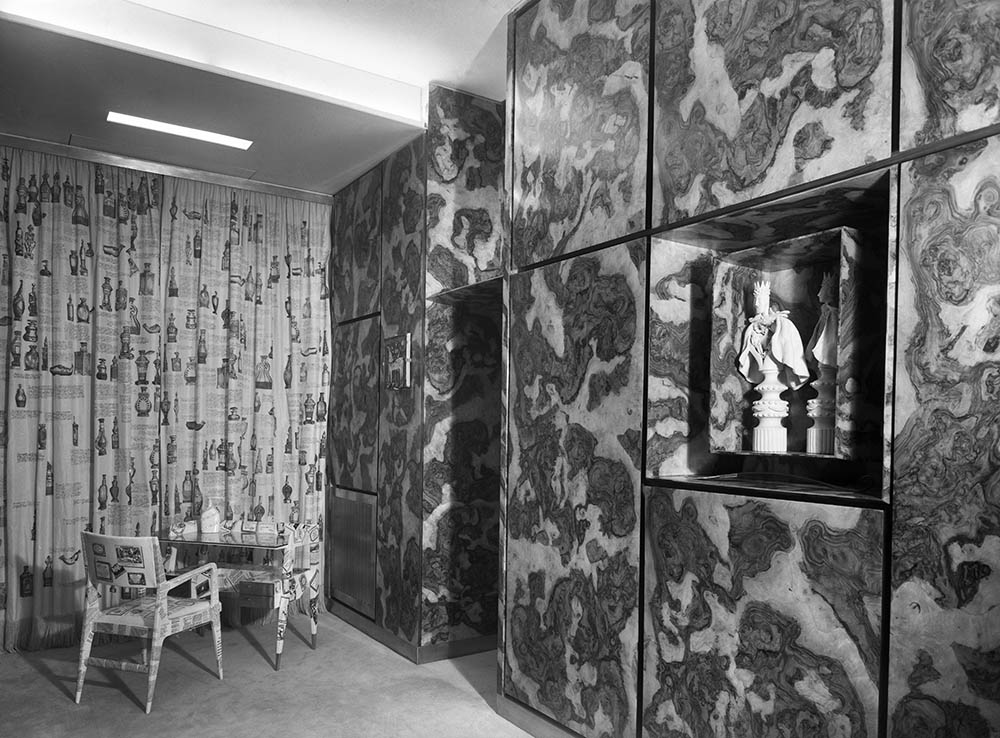 Among the mentioned names, the collaboration with Piero Fornasetti was crucial to Ponti: the Milanese architect went through a period of true and honest passion for Fornasetti’s work, as intense as short-lived as all passions, and came to life in the collaborations for Casa Ceccato, Casa Licitra, the interiors of the Casinò di Sanremo, the Vembi Burroughs offices and the Dulciora store in Milan. To Ponti, Fornasetti’s work was the ideal tool to recreate a methodical de-materialisation of volumes and, looking back at Casa Lucano, the creation of an unreal and theatrical setting.

“There are two fundamental aspects to consider in the understanding of this work by Ponti,” states Salvatore Licitra, Ponti’s grandson and creator and curator of the Ponti Archive, in the catalogue. “The use of space as an expression of theatrical versatility and the use of surfaces as an expression of ‘illusiveness’, considered by Ponti as an indispensable approach to architecture. In the plan for the Lucano apartment we already find the fundamentals of what will be the programmatic approach of Ponti’s own apartment at Via Dezza, designed in 1957: that is, a unique and versatile  space with a succession of ‘infilate ottiche’ (lines of vision) revealed through the various rooms. It is a sort of stage presenting the lives of its ‘inhabitants’, who animate it and complete its various functions. This reversal, that assigns inhabitants the role to determine the functional destiny of the spaces, is a central theme of Ponti’s post-war work. 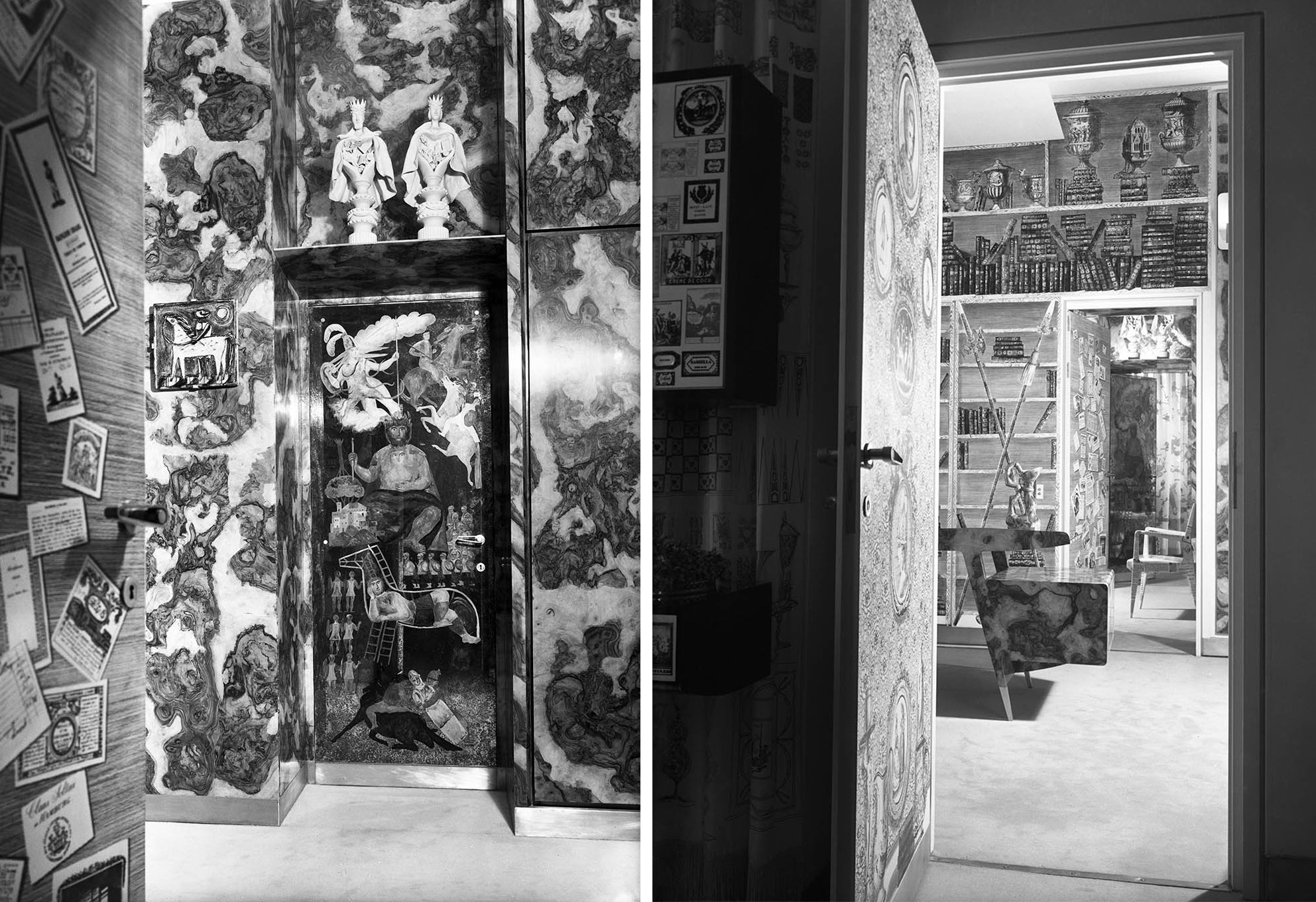 The second important aspect explored in the Lucano apartment is the idea of illusiveness, which within this context is the role of decoration in articulating the perception of space. The visual effect of the walnut-veneered walls composed ‘alla Ponti’ and paired with Fornasetti’s printed panels create a de-materialisation of the volumes. To reference the words of Ponti: “What does Fornasetti give me? With a process of speed and prodigious resources, he creates the possibility of having ‘unique’ things… and the effect of lightness and poetry through his printed decoration.”

The whole Casa di Fantasia auction is made up by items of exceptional value. Just to mention a few of the lots what will be auctioned on Phillips’ premises in London, the pair of side chairs with lacquered wood structures and transfer-printed with Fornasetti’s lithographies, is of particular interest because the seat and backrest will then be used for the famous Superleggera model as well.

The Illuminated wall-mounted cabinet with tower and king statuettes, is one of the “transforming pieces” that Ponti loved, especially in his 1950s production. A door (lacquered in white on one side, rosewood-veneered on the other) can close one or the other part of the cabinet, changing its appearance. 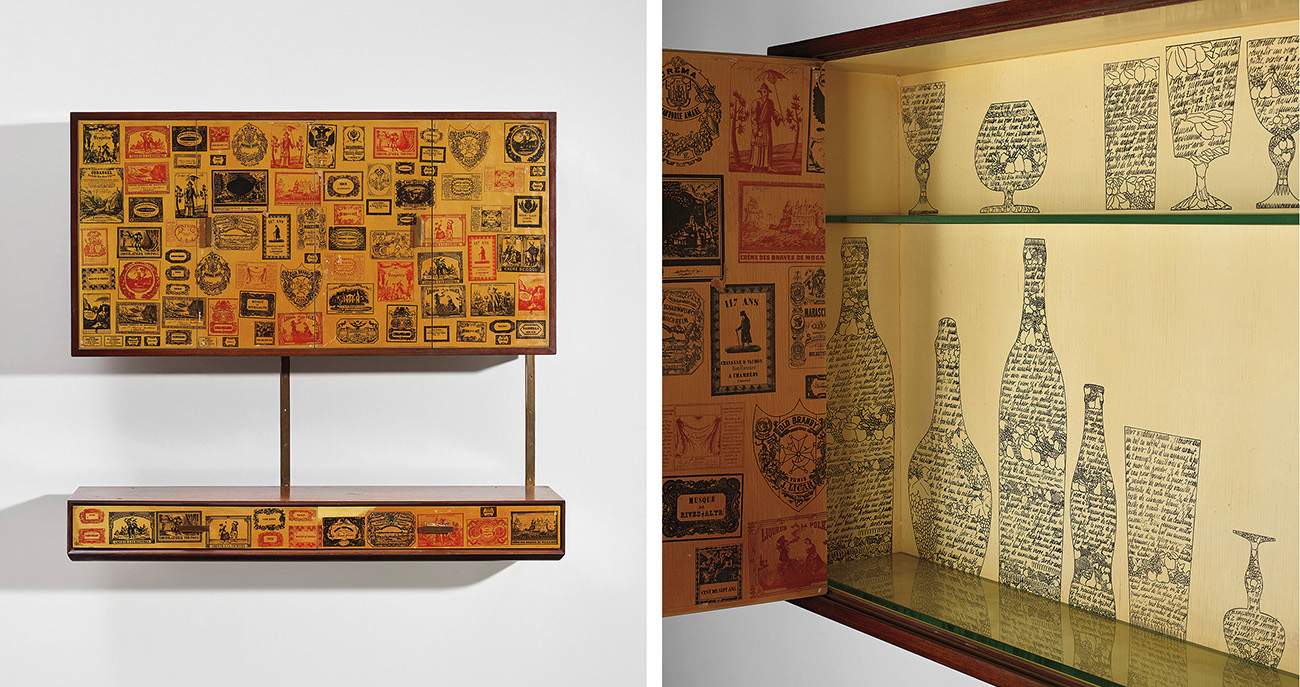 The bar cabinet, that was included in the study-living room, is printed with labels inside and outside that contain cocktail recipes within bottle and glass shapes. Quite characteristic and rare are the ceramic items such as the large King and Queen statuettes, the two pistol-shaped sculptures, and the wall light with hand and floral decor 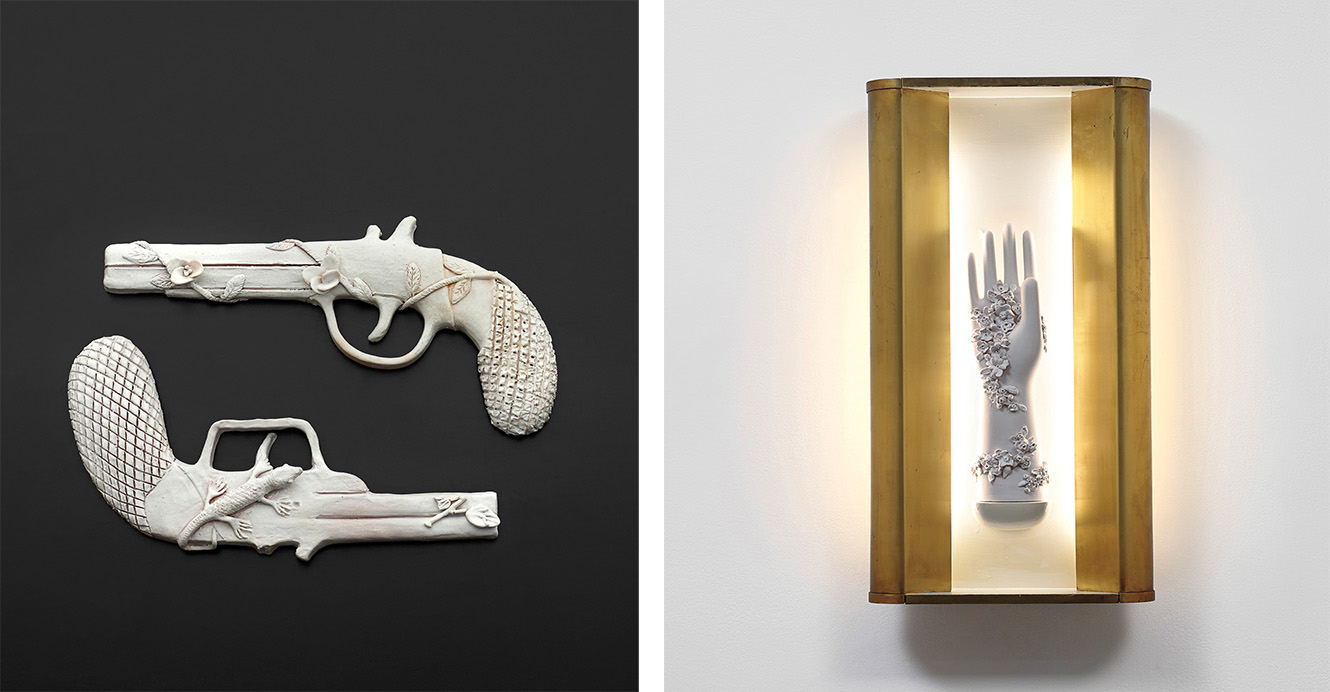 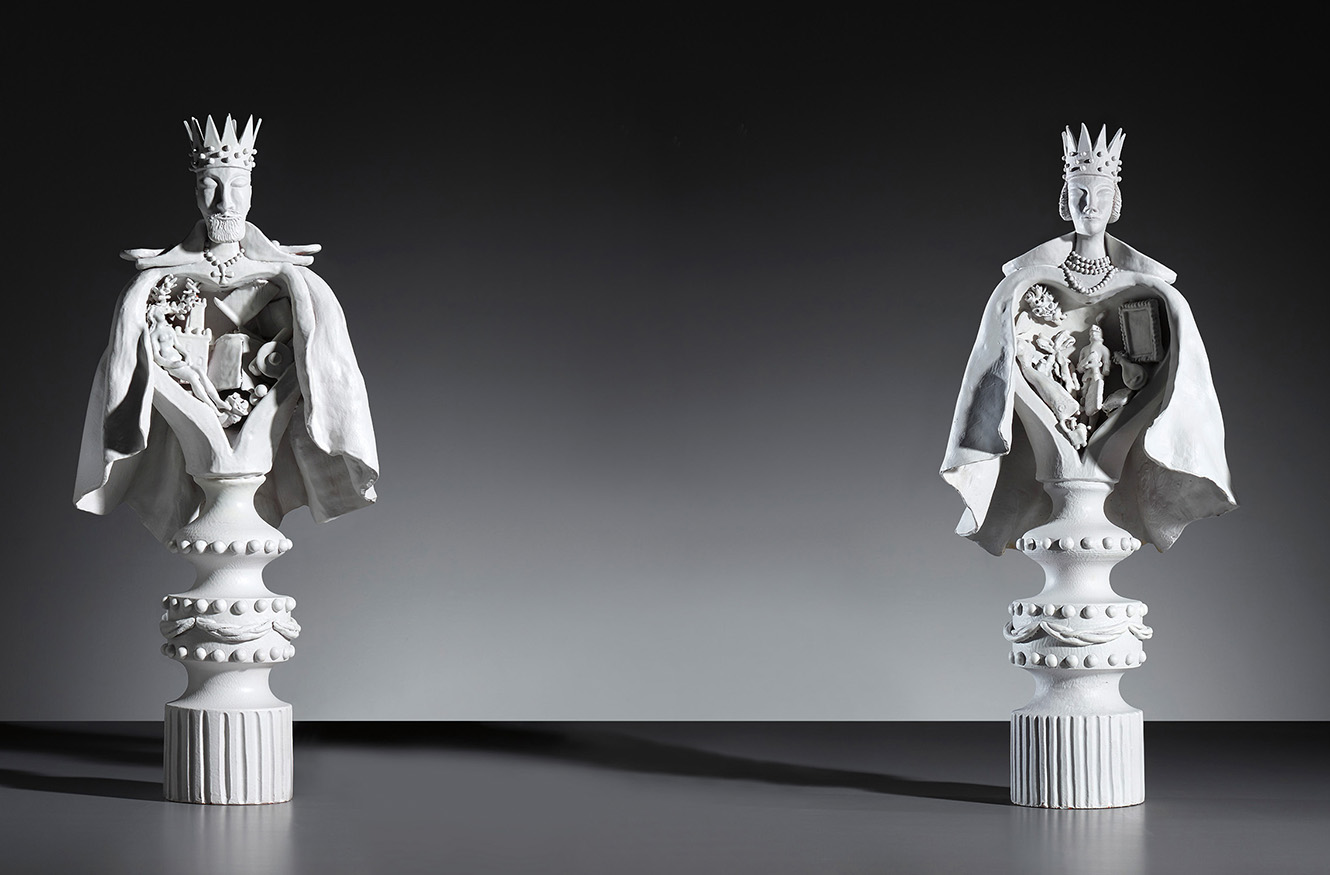 All the lots on cambiaste.com 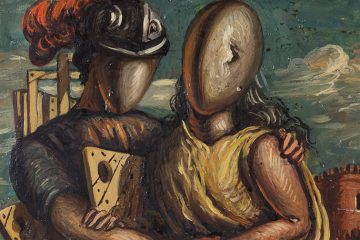